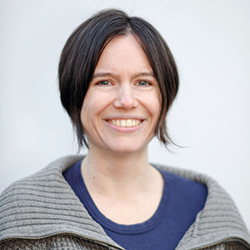 Katrina accidentally became a developer while pursuing a degree in molecular biology. When programming, her focus is on automation, workflow optimization, and refactoring. She works primarily in Go and Ruby, contributes to several open source projects, and is the creator of exercism.io. 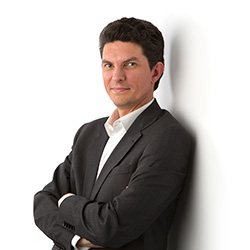 Scott Ludlam is the Deputy Leader of the Australian Greens and spokesperson for Communications, Broadband and the Digital Economy, Housing, Nuclear Issues, and Sustainable Cities and is currently one of 11 Australian Greens members of parliament. He was elected to Parliament in November 2007 and again in April 2014. 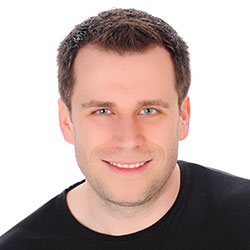 Ernie's been programming since he was 6, and professionally for the past 18 years or so. He's passionate about creating things, and sees software development as an especially powerful medium for creation. Sometimes he still can't believe that people actually pay us to have this much fun.

He's a Software Engineer at CareZone. 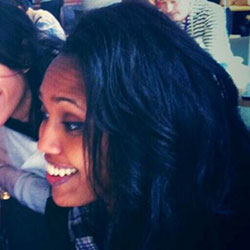 Saron Yitbarek is a developer, currently leading the Tech Jobs Academy program at Microsoft. She's also the founder of CodeNewbie, the most supportive community of programmers and people learning to code, and host of the weekly CodeNewbie Podcast, available on your favorite podcasting app. 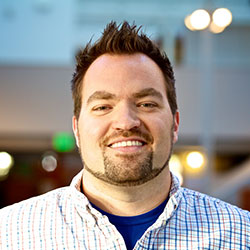 Jeff is the Executive Director at the Turing School of Software & Design where he works to open the world of programming to a wider, more diverse, more socially-minded slice of the world. He's been programming since 1999, teaching programming since 2003, co-founded a middle school, created three developer training programs, and dreams of one day being CTO of the United States. 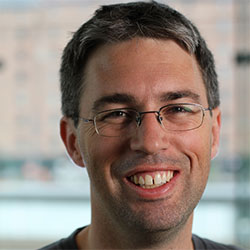 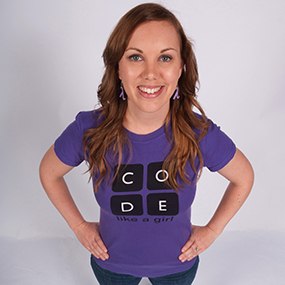 Katie Miller is a Software Engineer at Facebook London, where she works on Haskell tools for spam fighters. A self-confessed FP addict, Katie co-founded the Lambda Ladies group for women in functional programming. The former Gold Coast journalist can still pump out shorthand faster and more accurately than she can type. 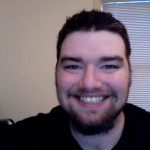 Out of sight, out of mind? Helping teams thrive when they’re permanently Out-Of-Office 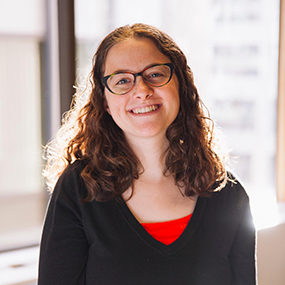 Out of sight, out of mind? Helping teams thrive when they’re permanently Out-Of-Office

Allison McMillan is an engineer at General Assemb.ly. She started developing at a Rails Girls workshop and is now a chapter organizer. Allison was previously a startup founder, a community builder at the University of Michigan, and Managing Director at the Israel on Campus Coalition. She is also a new mom. Allison lives in Washington, DC. 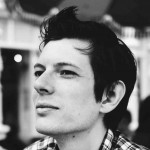 Security Is Hard, But We Can't Go Shopping

André Arko thinks Ruby is pretty neat, and has been using it for nine years. His day job is building web apps and training developers for clients at Cloud City Development in San Francisco. In his remaining time, he leads the Bundler team and thinks about how to make software less terrible. 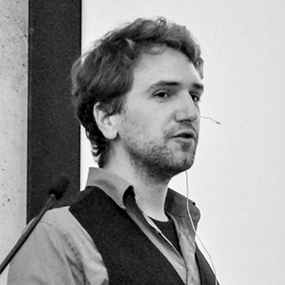 Arne met Ruby back in 2006, it was love on first sight. When not writing code he's juggling, cycling, or supporting initiatives to increase diversity in tech communities. Extensive traveling has given him a deep appreciation of cultural variety and human individuality, something that influences his work daily. Originally from Belgium, his current home base is Berlin, where he can be found brewing fine teas, and pondering the future of open-source and the web. 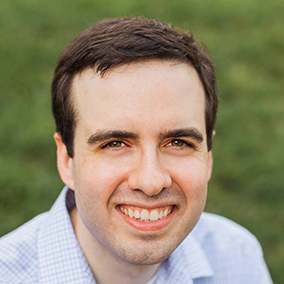 John Feminella is an avid technologist, occasional public speaker, and curiosity advocate. He's the author of several research papers and whitepapers on wireless sensor networks, cloud-based infrastructure, and software engineering. John works on making the web better at Pivotal, and is the cofounder of UpHex, a startup providing analytics management for businesses. He lives in Charlottesville, VA and likes meta-jokes, milkshakes, and referring to himself in the third person in speaker bios. 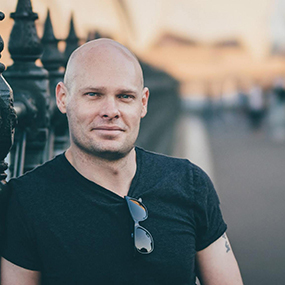 In my career I’ve been on several tech startup journeys. I’ve enjoyed the highs and endured the epic lows of being an entrepreneur. And having learned to code from an early age I now have over 20 years of coding experience. I’ve decided to become a technology communicator to help inspire the next generation of coders. 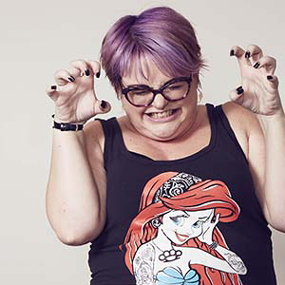 Cath is a developer at the Digital Transformation Office where she helps reduce the cringe factor of online government services. She is a passionate advocate for diversity in STEM and enjoys discussing ways companies can improve their hiring processes to attract a more diverse range of applicants. She loves to travel the world learning about how people are using technology and tackling the diversity issue. In her free time she likes to tinker with Arduinos, knit and pretend her Great Dane Maggie is the horse she never had as a kid. 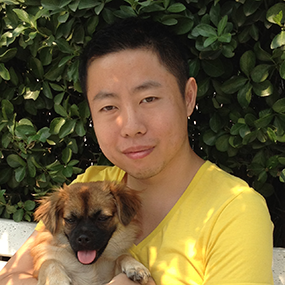 Richard Huang is the Founder at Xinmin Labs, he's also a senior engineer who has a strong focus on code quality, problem solving and server performance. He loves contributing to the open source community, has built bullet and rails_best_practices gems. 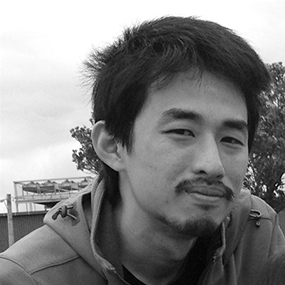 Software developer, wikipedia addict, owner of one white cat, all started with one Wellington coffee a day. Currently a Rails tech lead at Powershop NZ. Loves to solve complex problems with neat code, loves to teach and learn all about programming. 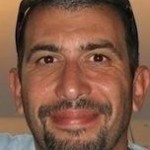 Refinements - the Worst Feature You Ever Loved

Paolo Perrotta is the author of "Metaprogramming Ruby". He's been coding for most of his life, building stuff that ranges from embedded to enterprise software, computer games, and web applications. Paolo lives a nomadic life, mentoring software teams throughout Europe. He has a base camp in Bologna, Italy. 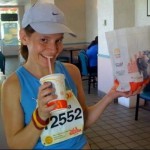 Diversity in Tech - It's About More than Just the Hiring Process

When she was 8, Jessica decided she was going to a programmer. She purchased an old computer and spent hours in the green glow of the monitor learning BASIC. Life happened (as it often does) and she she detoured into digital marketing for a decade before regaining her senses and returning to code. She's now a developer for Flatiron School - happily spending her days writing code that helps other people learn to code too. 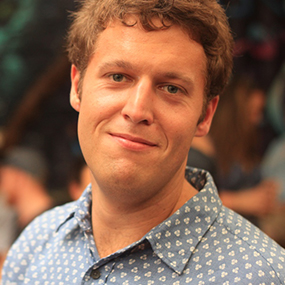 Tinker. Sailor. Developer. Spy? Originally from a tiny cold island nation, Britain, Jon now lives in Sydney where he spends time sailing the high seas, plotting and working as a gun for hire, I mean freelance Ruby developer. When not working on client work you can find Jon hacking on RSpec (as a core team member), helping other open source projects and working on his own little side project(s). 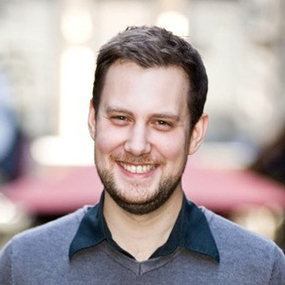 Event Sourcing, or Why ActiveRecord Must Die

Sebastian is a senior technologist at Envato, where he helps solve difficult technical problems at scale. He takes a special interest in security and application architecture. He is a former Development Manager and Developer, and is currently the President of Ruby Australia. Growing up in Sweden, Australia was about the last place Sebastian ever thought he'd visit, yet alone live. After 7 years and counting, however, he has no plans of leaving--at least not until he actually sees a snake. 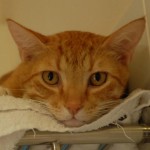 Elle is a developer at thoughtbot, with more than ten years experience, and a unique background that bridges the gap between the front- and back-end. She has been working with Ruby and Rails since 2007 and as a full time Rails developer since 2009. 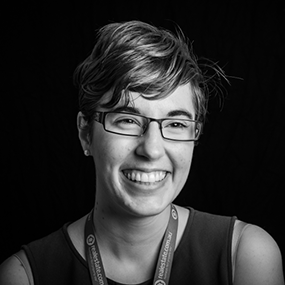 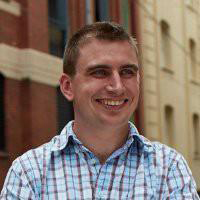 Code obsessed, curator of random film facts, Lego connoisseur and that one Emacs guy you know. Tom is a developer at tworedkites and regular source of noise at BrisRuby. 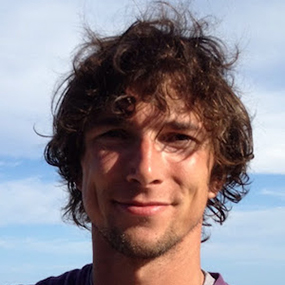 Principal Software Engineer for Pivotal Labs, Enrico has been working in the IT industry for 14 years and with Linux and Ruby for more then 10 years. He worked on Rails projects ongoing for several years within product companies and as a consultant. He's passionate about crafting maintainable software delivering business value using agile methodologies. 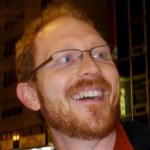 What If Shakespeare Wrote Ruby? 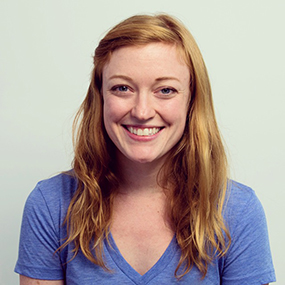 Site Availability is for Everybody